You can download the solution to the following question for free. For further assistance in Economics assignments please check our offerings in Accounting assignment solutions. Our subject-matter experts provide online assignment help to Accounting students from across the world and deliver plagiarism free solution with free Grammarly report with every solution.

If we look at the maritime transportation, which takes place across the world, causes a serious threat towards the biodiversity existing in the heart of marline, as well as the coral reefs, and in turn causing a serious problem regarding environmental degradation. From that perspective of environmental protection, Thailand's Evergreen Line has put forward an example of green transportation before the world of maritime transportation by adhering to the rigorous self-imposed directives focused at environmental protection (Vessel Finder, 2014). The new vessels introduced by them will consume the fuel and energy much lower compared to those used to be four years earlier. This will lead towards the least amount of environmental degradation, and ensure the greenness of their existing operation(Ferrier, 2014).

Apart from that, as these new vessels consume the lower amount of fuel, the overall operational cost of Evergreen Lines will come down, and per unit cost for the vessels will also come down eventually. This will lead towards more amount of per unit profit, compared to that of enjoyed by them earlier. As these vessels are procured by replacing the old vessels, it will not add to the routine maintenance and operational cost like before. From that perspective, the fleet-renewal programmeis an approximation of profit augmentation by cutting down the cost per unit (World Cargo NEWS, 2014).

The decision was never too late by looking at the investment scenario for other players in this segment. Introduction of huge sized vessels was much earlier, and those were aimed at making use of economies of scale, which was identified by the competitors of Evergreen Lines much earlier, and they started to invest in vessels of more than 14,000 teusince 1998-99. Evergreen Lines felt the need of these vessels much later, and took the step to introduce 10 such vessels in their fleet (Wee, 2014). However, this decision could have gone worse, if the demand situation in the international trade market had been unpredictably fluctuating. As the supply side consideration was also in a favorable state for Evergreen Lines regarding lower charter rates, the decision of introducing lofty sized vessels proved out to be a good decision for them, in terms of making more profit out of their fleets (Sea News Turkey, 2014).

In order to evaluate the impact of the decision taken by the management of Evergreen Lines on their operational performance, we may have to look into their financial statements, which can work as a proxy for their operational performance. Considering the six month duration, Evergreen Lines were making losses for two consecutive years, which reflects their poor operational performance in these two years, i.e. 2012 and 2013 (Table 1). Due to the continuous usages of old vessels, their costs regarding fuel consumption were going up, which amounted to be 22.80 percent between 2012 and 2013 (Table 2).Due to continuous demand pressure and because of not having lofty sized container vessels, they were also losing their income out of their freights, which was reflected in their 3.67 percent reduction in marine freight income between 2012 and 2013 (Table 2). As their vessels were also older, their book values were dipping into the market, with a rise in their depreciation over the years. Between 2012 and 2013, the book value of all the ships together was reduced by 3.95 per cent and the depreciation gone up by 11.46 per cent (Table 2). As a whole, the operational performance of Evergreen Lines was pretty poor, and at the same time it was worsening day by day. They managed to get some operating revenue by means of leasing their vessels, which was not their core activity.

Introduction of 10 14,000 teucontainer vessels, as a replacement of the existing vessels, will enhance the operational performance of Evergreen Lines in several ways. As the new vessels will replace the old ones, the maintenance cost of the vessels will go down, as well as their depreciation cost component will also face a downward trend. Due to the fuel efficient nature of the vessels, the cost component regarding the fuel consumption will also go down.As Evergreen Lines are also facing predicaments as a result of mounting pressure of demand in international market, introduction of lofty sized container vessels will allow them to go for achieving economies of scale. By and large, introduction of 10 14,000 teu container vessels will allow Evergreen Lines to focus on their core activities, and by means of reduction in cost components and aligning their operations with the augmented demand pressure will allow them to make profits, which was not made by them in last two years.They have by far faced a major problem in controlling the operating cost components, which may prove out to be solved with this venture.Of course, in 2012, they have enjoyed a good amount of tax benefit out of their depreciation component;they probably will not be getting it, but that will not cause a major problem regarding their future cash flow projections. And at the same time, as the book value of the fleet owned by them will go up, considering the worst case scenario, they will possibly get a good amount of resale value out of their newly introduced vessels. Lastly, due to older technologies, it was proving out to be hard for them to adhere to the environmental protection directives set by them, which will not be a further problem 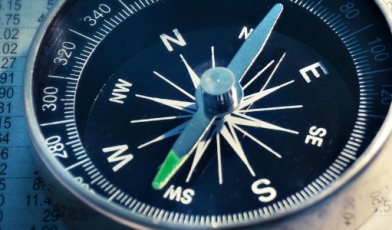 Essay on Over consumption as a Threat to True Sustainability 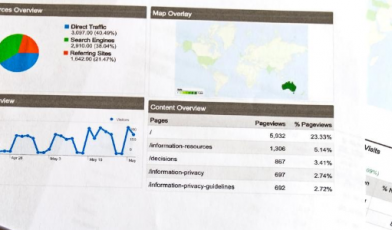 Report on Linear regression analysis of Education Vs Wage