Every IT Industry uses different types of investigative research methods to help better understand the issues of management and organizational levels. As a part of investigative research, two different types of methods are performed: Quantitative and Qualitative. This is one of the professional practices as per industry standards adopted by an IT Industry.

Our IT assignment help experts also follow the same approach. Qualitative research in IT domain is performed by researchers with the help of qualitative data like observation of behavior of people during fieldwork, interviews, action research, written questionnaires, documents, case studies, ethnography and the researcher’s thought process and reactions.

The inspiration for performing qualitative research, as against quantitative research, comes from the ability that differentiates human beings from the rest of the natural world. This ability is – the ability to “talk”. Qualitative research methods are designed in such a way to aid researchers in understanding people and the impact of society and culture on them. In the year 1994, the two researchers: Kaplan and Maxwell argued that the aim of understanding a subject from the eyes of the participants and their social and cultural context is mostly lost when of textual data gets quantified.

This is done by reviewing all available relevant information sources for ex: books, company websites, newspapers, trade publications, annual reports, internal company records, company literature, magazines, research papers and other publishing materials etc. This mode of research is an inexpensive ways of gathering knowledge. The flip side of this method is that it does not guarantee prompt and continuous information. If a search is done using the internet, then this method gives you fast access to information, else library searches may need a time of one week to two months.

It is proved to be beneficial to get information during the early phases of a research project. The Possibilities of getting information that is unique and not known to the public is high. A Software project leader with its team can gather information by conducting meetings with prospective clients, customers and suppliers, official seminars etc. A focus group is most widely used research approach where a group of around seven to twenty people sits together in a conference room setting under the supervision of a trainer. 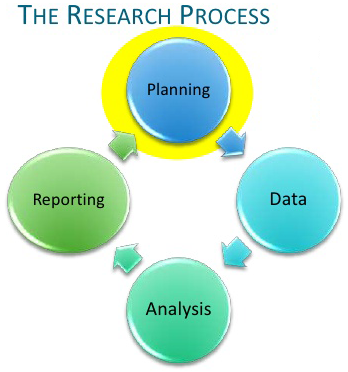 The room is equipped with audio and video facilities. The aim of this approach is to explore the views and opinions of people. It is also helpful for advertising, and to uncover customer concerns. The leader leads the group’s discussion and leads the discussion in the areas which need to be explored. Such group settings can be done in a gap of two weeks and the overall cost estimate is two to three thousand dollars. The only disadvantage of such approach is the smaller size of the sample which falls short to represent the entire population.

This is one more way to get information in an elaborate way. This type of method involves face to face interaction with the person. Here one person interviews the other person for brief or detailed information. Using such research methods has higher costs due to its nature of one on one communication. An interviewer is going to ask a few sets of questions from a written questionnaire and will make a record of the answers. This questionnaire can also be lists of topics, the opinion on which an interviewer wants to know from an industry expert. According to experts at ExpertAssignmentHelp, personal interviews are used in cases where other methods can’t be used.

The next mode of research is telephone surveys. This is the quickest means of gathering information from a bulk set of people ranging from 100 to 400 people. The interviewer prepares a script that is nothing but a set of written questionnaire. This script is followed for each person participating in the survey. These surveys are opinion probing surveys which lasts for five to ten minutes. The estimate cost of conducting such surveys is five to six thousand dollars and takes near about two weeks to one month for completion.

These are an inexpensive mode of collecting information. They deal with a large set of people belonging to a wide geographic area. Though they are less costly than telephonic surveys, but take twice as long to complete. Due to the absence of interviewer there are no possibilities of interviewer bias. The major con of this technique is the inability to ask the person for detailed information.