A clinician conducted a study to investigate a new chemotherapy in the prevention of recurrent  tumours in patients who have bladder cancer. Sixty-nine patients were allocated to one of  three groups: group one received standard treatment, group two received a low dose of the  new chemotherapy and group three received a high dose of the new chemotherapy. The  outcome of interest was the number of new tumours. Results are presented in the attached  EXCEL sheet, each cell shows the number of new tumours for a patient. You can assume that  all patients had the same follow-up period.

Since the outcome is a count, a possible model for these data is a Poisson model. For each  hypothesis test in parts a and b, clearly state your null hypothesis, show all steps in your  derivation, calculate the p-value and interpret the results.

We wish to assess a new intervention aimed at reducing the serum uric acid levels in patients  with gout. To do this a randomized control trial is to be the conducted, where patients are  randomized to either the new intervention or the control arm, which receives standard care. At  the initial planning stage, the chief investigator stated that it will be feasible to recruit 100  patients in total for the study (50 in each arm). From a pilot study the pooled standard deviation  was estimated to be 3 mg/100 mL. The planned analysis at the end of the study is to compare  the mean serum uric acid levels between the two groups using a two-sample t-test and 5%  significance level.

Let the true mean serum uric acid level in the control group and intervention be notated and   , respectively. Hence the true difference in means can be notated . The  estimator of is denoted  which can be assumed to have a normal distribution.

When a patient receives an organ transplant, there is a risk that the graft will fail at some point.  A clinician wishes to estimate the proportion of kidney transplant patients who experience graft  failure within the first month of receiving their transplant. We shall denote this parameter by θ.

a. The clinician has a prior belief that the risk of having a graft failure in the first month is  about 30%, and upon discussion with the clinician it was agreed that a Beta prior with α = 3 and β = 7 should be used.

Data from ten patients are collected, out of which 2 patient had a graft failure in the first  month. Calculate the posterior distribution for θ. 2 mark

Using the posterior distribution calculated in part b:

e. What is the posterior probability that more than 25% of patients will have graft failure in  the first month? 1 mark

g. Calculate a frequentist 95% CI for θ from the thirty observations. How does this interval  differ from the interval calculated in part f? Explain why. 3 marks

For this problem, there are three means of occurrence of tumours that we need to compare. The comparison will be done in pairs. The first comparison will be between group 1 (control group) vs. the group 2 (low dose of chemotherapy). And the second one will be between the group 1 vs. group 3 (high dose of chemotherapy). Before going to the comparison, the basic principle of likelihood ratio test is described below.

The likelihood function of the sample is now a joint probability function of all xi's and I’s, and is given by

Now maximizing l(θ), we get

L(θ1, θ2) is maximized when both θ1 and θ2 are replaced by their maximum likelihood estimates. Thus,

Now, the first comparison as indicated in the introduction. Let, the mean of the first group is θ1 and the same for the second group is θ2. Then,

Now, the approximated distribution of likelihood ratio test statistic is a Χ21. Now, at 95% significance, the critical value is 3.84. The value of the test statistic is > 3.84. Hence, we can reject the null hypothesis successfully. The p-value calculated from Χ21 distribution is 0.003. The conclusion can be that the mean of tumours of group 1 and group 2 are not equal and there is a very low chance of committing type I error, equal to 0.3%. This also indicates that a low dose of chemotherapy actually helps in reducing tumours.

Coming to the second comparison. Let, the mean of group 3 is θ3 and the same for group 1 is already used as θ1. Then,

Similarly, the value for test statistic is >>3.84. Hence, again we can reject the null hypothesis. The p value, in this case, is 0.001. Therefore, the mean of tumours of group1 and group 3 are also not equal with a 0.01% chance of committing type I error. This also shows that a high dose of chemotherapy seems to have a negative effect on the growth of new tumours. 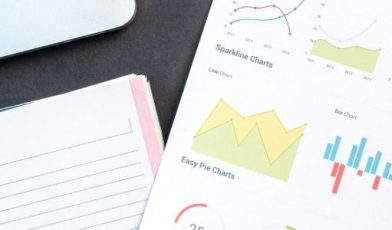 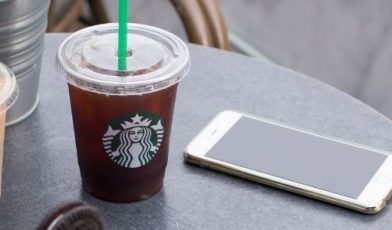