Read the following case study and answer ALL three questions:

Thirty years ago, Starbucks was a single store in Seattle's Pike Place Market selling premium roasted coffee. Today it is a global roaster and retailer of coffee with some 13,000 stores, more than 3,750 of which are to be found in 38 foreign countries. Starbucks Corporation set out on its current course in 1980s when the company's director of marketing, Howard Schultz, came back from a trip to Italy enchanted with the Italian coffeehouse experience. Schultz, who later became C.E.O., persuaded the company's owners to experiment with the coffeehouse format- and the Starbucks experience was born.

The strategy was to sell to the company's own premium roasted coffee and freshly brewed espresso-style coffee beverages, along with a variety of pastries, coffee accessories, teas and other products, in a tastefully designed coffeehouse setting. The company also focused on providing superior customer service. Reasoning that motivated employees provide the best customer service, Starbucks' executive's devoted a lot of attention to employee hiring and training programs and progressive compensation policies that gave even part-time employees stock option grants and medical benefits. The formula led to the spectacular success in the United States, where Starbucks went from obscurity to one of the best known brands in the country in a decade.

In 1995, with 700 stores the United States, Starbucks began exploring foreign opportunities. Its first target market was Japan. Although Starbucks had resisted a franchising strategy in North America, where its stores are company owned, Starbucks initially decided to license its format in Japan. However, the company also realised that a pure licensing agreement would not give it the control needed to ensure that the Japanese licences' closely followed Starbucks' successful formula.

So the company established a joint venture with a local retailer, Sazaby Inc. Each company held a 50% stake in the venture, Starbucks Coffee of Japan. Starbucks initially invested $10 million in this venture, its first foreign direct investment. The Starbucks format was then licensed to the venture, which was charged with taking over responsibility for growing Starbucks' presence in Japan.

To make sure the Japanese operations replicated in the 'Starbucks experience' in North America, Starbucks transferred some employees to the Japanese operation. The licensing agreement required all Japanese store managers and employees to the Japanese to attend training classes similar to those given to U.S employees. The agreement also required that stores adhere to the design parameters established in the United States. In 2001, the company introduced a stock option plan for all Japanese employees, making the first company in Japan to do so. Sceptics doubted that Starbucks would be able to replicate its North American success overseas, but by the end of 2007 Starbucks had over 700 stores in Japan and planned to continue opening them at a brisk pace.

After Japan, the company embarked on an aggressive foreign investment program. In 1998, it purchased Seattle Coffee, a British coffee chain with 60 retail stores, for $84 million. An American couple, originally from Seattle, had started Seattle Coffee with the intention of establishing a Starbucks-like chain in Britain. In the late 1990s, Starbucks opened stores in Taiwan, China, Singapore, Thailand, New Zealand, South Korea and Malaysia.

In Asia, Starbucks' most common strategy was to licence its format to a local operator in return for initial licensing fees and royalties on store revenues. As in Japan, Starbucks insisted on an intensive employee training program and strict specifications regarding the format and layout of the store. However, Starbucks became disenchanted with some of the straight licensing arrangements and converted several into joint-venture arrangements or wholly owned subsidiaries.

By 2002, Starbucks was pursuing an aggressive expansion in mainland Europe. As its first entry point, Starbucks chose Switzerland. Drawing on its experience in Asia, the company entered into a joint venture with a Swiss company, Bon Appétit Group, Switzerland's largest food service company. Bon Appétit was to hold a majority stake in the venture, and Starbucks would licence its format to the Swiss company using a similar agreement to those it had used successfully in Asia. This was followed by a joint venture in other countries. In 2006, Starbucks announced that it believed there was the potential for up to 15, 000 stores outside of the United States, with major opportunities in China, which the company now views as the largest single market opportunity outside of the United States. Currently the company only has 350 stores in China. (Hill, 2011)

In the following report, an attempt has been made to understand the Foreign Direct Investment through the example of the famous Coffee Shop Chain, Starbucks. Starbucks leveraged these factors very well and worked towards not only expanding its boundaries but also towards becoming one of the most sought after brands in the whole world.

The report has three sections. They provide a complete perspective of how Starbucks achieved such popularity not only in the US but also around the world. The first part presents the market and industry analysis to understand foreign markets. In the same section, different factors are discussed that mainly influenced the decision of Starbucks to go abroad.

In the second section of this report, the entry strategy and their analysis are presented with a special focus to Japan, Thailand and Britain. In the same section, it is also discussed how the markets in Japan was quite different than the rest two, and hence the strategy employed also differed.

In the last section, a very major topic of staffing is discussed, which helped in gaining the competitive advantage and a good cultural mix with the foreign countries. Appropriate discussions and outcomes are discussed. 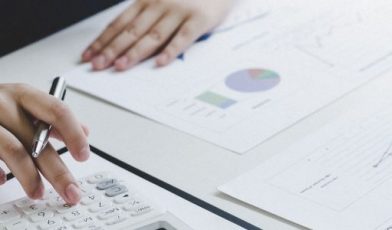 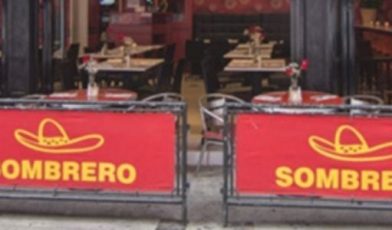