In this blog we are going to share something new which we did this weekend while doing a physics assignment in thermodynamics for a student from Sydney. The topic dealt in writing a report on the laws of thermodynamic taking examples from day to day life. Along with giving other examples we thought of giving a real time example, after experimenting it in our office in Queensland.

The Egg is one of the best examples which is an exception to the fact that on applying heat, solids changes liquid and on taking out heat (i.e. Cooling) converts liquids into solids. On a contrary an egg solidifies when heat is applied to it. While writing on the same one of our Physics expert, Ryan raised a question, saying “What will happen if we put the egg in a microwave? ” And we all in the office burst into laughter for his inquisitiveness, but since as an Expert Assignment Help culture we never say no to experiments, we thought of trying it out.

What happens to an egg in microwave?

You can look at the pictures below and you will understand what happened…. We kept the kept in a bone china, glass (make sure the bone china, glass is microwavable) and kept it for 30 seconds. The microwave makes a little big on shivering sound because of the egg moving a little bit. When we took it out after 30 seconds, we could not see any difference  so we kept it in the microwave for 1 more minute. After 40 seconds, we heard a blast inside the microwave and we all were taken aback by the sound.

When we opened the microwave we found that the egg has turned into pieces and the all microwave was smelly and dirty. But the exciting part was the yellow and white of the egg were cooked properly and were worth eating. So the conclusion is an egg can be cooked just by keeping inside a microwave, but you must keep it to approximately 1 minute and not more.

Here are the pics of “Egg in microwave” experiment. 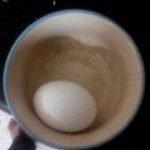 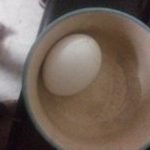 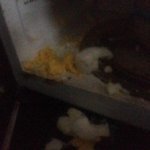 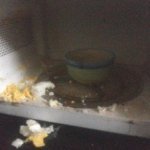 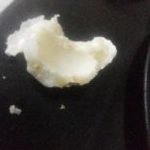 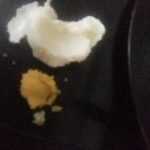