Thoughts After My First Internship

“So, man, like I told you before, there will be absolutely no remuneration as we are short of money at the moment.”, said the station manager when he sauntered into the room with a mug full of thick milk tea. The thick fabric of his blue shirt could hardly conceal the patches of perspiration o his body.

The simmering tropical mid-June heat was screaming the lack of an air conditioner in this office, which went miles in emphasizing the lack of money the manager was talking about. He then hurriedly went through my report and signed on it. “Good heavens, it is over!” I said to myself as I left his office.

Eight weeks prior to this moment, he had sent me to intern in the middle of nowhere. “You man, I’m at the camp, where do you think I am?”, roared a deep voice on the other end of the line. My heart skipped a beat as this was the man assigned to be my direct site supervisor for the next two months. Nothing had panned out according to script thus far in my industrial training. The rural station to which I had been sent had no ongoing project and I had been transferred to an even more rural area where works on a paved road were underway.

Look At His Cheeks

I rued the moment I had chosen to take up a course in civil engineering at the university as I took the phone from my ear after talking to the man who had been assigned to me as a site supervisor. My woes did not seem to be coming to an end and it was only my first day. The excitement I had going into internship was waning at a supersonic rate. Given the abstract theoretical curriculum I had been subjected to for my entire schooling period, I was thrilled to finally get hands-on experience.

I heaved a sigh of relief as I alighted the omnibus whose tyres seemed to be wailing from the load of the 20 people occupying its 14 seats. I met my supervisor at last and it turned out his intimidating voice over the phone was as deceiving a representation of his person as could ever be. He was a tall, dark, joyous man who was loved by everyone at the site. He seemed to have an answer for each query I had; “no worries, commando”. My enthusiasm for the internship was reignited after my interaction with Mr Ochero Douglas.

The shanty settlement where the site camp was located had run out of accommodation and I had to rent a room about 7 km away in the nearest trading centre. This meant that I had to be brought to the site every morning at the back of a pickup truck. All was fun and games until my helmet flew away when the driver got a tad too excited and stepped on the on the smooth, newly processed subgrade layer of the road. 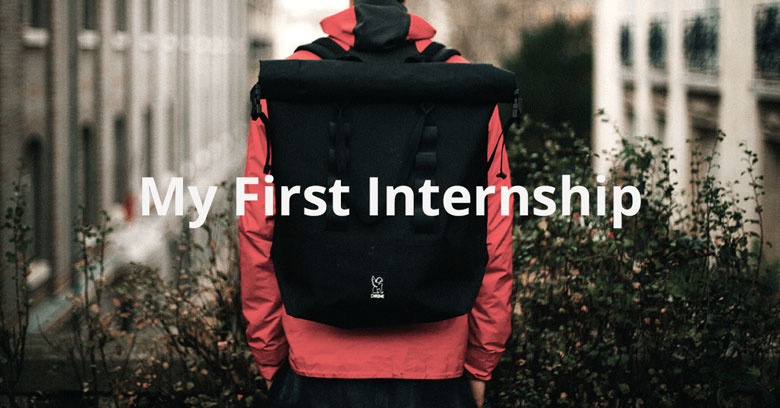 I quickly built a rapport with the casual labourers who were in turn, enthralled to impart their ‘expert’ knowledge unto me. The work we did together helped us develop great camaraderie. We joked about so many things as we worked in the materials laboratory, surveying department and inspection; how engineers were rejected by girls working at the site; how formal education was ‘useless’; how insignificant protected sex was; et cetera.

The same could not be said of the office side. There, hierarchy reigned supreme and as an intern, I was made aware of my position at the bottom of the food chain. Mountains of design paperwork were thrown at me to look through and check for errors. No significant interaction took place between me and the engineers as they seemed to always be too busy buried in their work to mind about my trivial queries. “You will learn those things in the third year”, “check the manuals, you will find it”, were the commonest retorts to my questions.

To them, my curiosity was a classic case of déjà vu. A lady in the design office once remarked whilst addressing me, “Look at his cheeks. You are too young to be at the university. At what age did you start school?”. I felt taken aback. “Was this what they all thought of me?”, I thought to myself. Thus there was little to learn from the highly skilled employees at the site. It was a great conundrum to my mind why one would conceal information from a student.

I huffed and puffed through the last weeks of internship trying to prepare a report based on the crumbs of technical information I had been accorded. After my eight weeks of training, I bid farewell to my former workmates and headed to Mr Ochero’s office. He perused through my report, gave me a few words of advice and handed me a recommendation letter to take to my mother station.

In retrospect, however, it was a great learning experience for me on many fronts. I gained technical, social, leadership and survival skills. I made innumerable new friends. It was truly an unforgettable experience!