Essay on Future of Ethanol & Biodiesel in the Biofuel Market

In recent years biofuels have largely become a central topic in the global theatre. The 2002 US-led Iraq invasion and recent events in Libya have driven oil prices to record heights, $147.27 and $110.62 per barrel respectively. With worldwide transportation systems closely tied with oil derivatives, the international search for alternative fuels to mitigate the effects of events in the oil supply chain is far more intensive than ever (Tyner, 2008). Additionally, the growing awareness of human impact on Earth has been decisive for the growing support of biofuels. International studies on climate change and greenhouse gas emission show with unfathomable certainty that without energy changes, there will be irreversible disastrous consequences (Warren et al., 2011).

Biofuels refer specifically to a liquid or gaseous fuel produced from biomass for the transportation industry. Currently the two leading biofuels in use are ethanol (C2H 5OH) and bio-diesel (Bringezu et al., 2009). Ethanol is majorly used in Brazil and the United States and its widespread use as an additive/blend with gasoline is known to produce higher antiknock properties, and lower pollutant emissions than gasoline alone (Wongyao et al., 2011). Biodiesel is synthesized by transesterification of vegetable oil and is also used as a blend with conventional diesel fuel without any requirements of engine modification (IEA, 2007). The key advantage of increasing our use of biofuels offers a future that will help stabilize the turbulent global impacts of green house gases that fossil fuel use has instigated. It also builds on other large areas of weaknesses such as sustainability, security of supply and foreign exchange losses, and may even stimulate regional and social structural development in 3rd world nations (Hunt, 2008). 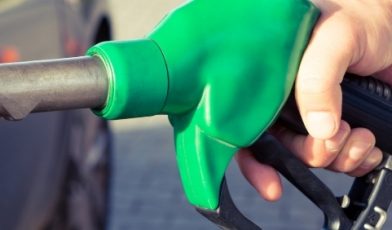 Essay on Future of Ethanol & Biodiesel in the Biofuel Market